How fansubs help me explore a foreign culture

As a professional translator, I should be throwing stones at fansubbers for stealing jobs, making terrible grammar mistakes etcetera. At least, that’s the hint I’m getting from some memes and discussions circulating in the pro community.

But here’s the thing: over the last couple of years, I have explored a foreign culture (and a foreign language) in ways I wouldn’t have dreamed of. And I’m grateful to fansubbers and their labours of love for making it possible. So, I’d rather acknowledge the good than dig in the dirt of market quarrels.

As you may know, dubbing movies, cartoons and TV shows is the norm in Italy. The tradition traces back to the 1930s and the fascist era, when the circulation of foreign language movies was banned by the regime – the same regime that later banned the usage of hundreds of foreign words (including oh-so-subversive terms such as hotel, dessert or hockey).

Anyway. Regimes come and go, and by the 1950s Italians could happily order desserts using a foreign word again. Habits, on the other hand, stick – and so did the flourishing dubbing industry. But there’s no such thing as a perfect translation or a neutral adaptation, so bits and pieces of meaning might get scrambled or missing at times.

Looking back at my experience with Japanese anime, I can now see that dubbing made it very difficult for me to connect with the series I watched as a child or a teenager (AKA in the 80s-90s). With no clue of Japanese etiquette, I couldn’t understand why a 12 y.o. boy would address a 14 y.o. schoolmate in such a formal way. Or why small misunderstandings would result in huge uproars.

As I couldn’t understand, I couldn’t empathise. The characters and their stories were simply “weird” and worlds apart from my everyday life. And since anime and martial arts movies were pretty much the epitome of Japanese culture for my generation, I got convinced that “it wasn’t for me” altogether.

Almost 20 years later, fansubs made me realise that the “goofiness” I perceived in dubbed anime had to do with nuances I couldn’t even sense without listening to the Japanese language – and having a much better grasp of the intertwined nature of language and culture.

As an example, the Italian language cannot reflect keigo. There are of course different registers and levels of formality, but they are applied based on a different set of social norms and conventions. In Italy – to name one in a million differences – schoolmates are “simply” schoolmates. A sixth-grade student would address a classmate and a ninth-grade student in the same way. And the same applies to most in-group interactions.

Anyway. I didn’t have a clue back then. And since I couldn’t understand, I stopped trying.
I’m not blaming dubbing for that, mind you. Strange things happen in the minds of kids.

Then, a couple years ago, my partner introduced me to wondrous world of One Piece. Knowing about how I felt about anime, he tapped on my fascination for pirates to make me change my mind. Also, he suggested we’d watch it with subtitles. Nothing better than a shot at a new language to lure a linguist in, right?

Roronoa Zoro VS Kuma (from One Piece)

With fansubs, things were radically different. Translator’s notes shed light on cultural references, word play and practical jokes, the nuanced meaning of character names, social conventions. As my ears got used to the sound and flow of the Japanese language, I started to grasp the relationships between words and situations.

To me, that was the key that opened a whole universe.
Because I didn’t stop there.

My passion for history drew me to explore jidaigeki and learn more about the past of Japan. And while I enjoy fictionalised works with a touch of mystic powers, they encouraged me to dig deeper into the lives of historical figures I met along the way. And this helped me “decode” many hidden references that lie beneath the surface of fiction.

Through jidaigeki, I discovered monogatari and the realm of Japanese epics. Combine that with a good load of mythology and folklore-inspired tales and characters (AKA: more shounen). There you have it: more cultural insights.

Which made me realise that said tales and characters are based on archetypes and moral values I can relate to, because they’re also part of my culture. I discovered many similarities across Greek, Roman, and Japanese mythologies. Gods and spirits, heroes and felons, virtues and vices. It’s all there – with a different name and dress. And such cultural insights help me connect with the stories I see at a much deeper level. I found myself rooting for some characters, and crying alongside others. But even when I don’t empathise, I still understand more of their reactions and actions. 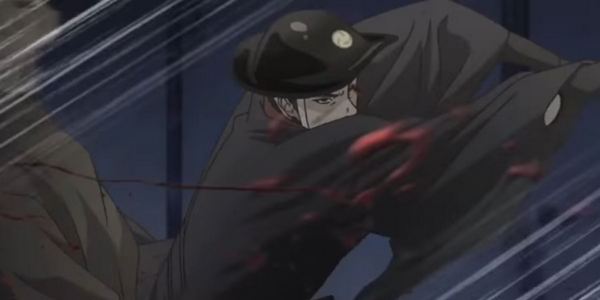 On this journey, I’m also learning the language. I grasped the basics of Japanese syntax, learned some vocabulary, and got used to typical keigo-related structures and formulations. And probably deserve a C+ in pirate-speak by now, but that’s another story.

Indeed, as a professional translator I cringe at fansubs sometimes. Some crews are obviously more literate than others. And there are (rare) instances where the subs are just too bad to follow along, and we have to look for alternative versions.

But honestly, who cares?

Fansubbers do it out of passion and good will – no profits involved.
Paris vaut bien une messe. Culture is well worth a typo (or Comic Sans).

You have Successfully Subscribed! 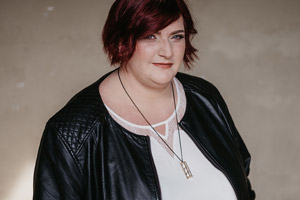 I’m Alessandra, a copywriter and translator based in Turin. I help businesses narrate their ideas with the right form and substance formula. Because communication is alchemy.

I’m Alessandra, a copywriter and translator based in Turin. I help businesses narrate their ideas with the right form and substance formula. Because communication is alchemy.
Read more